A false accusation can be defined as the wrongfully caused suspicion or that of a crime committed by a person which is not true. Unlike most countries, UAE has stringent laws governing wrong or false complaints and the penalties for a false accusation are severe. False claims in UAE courts are punishable by imprisonment, penalty, and even fine. 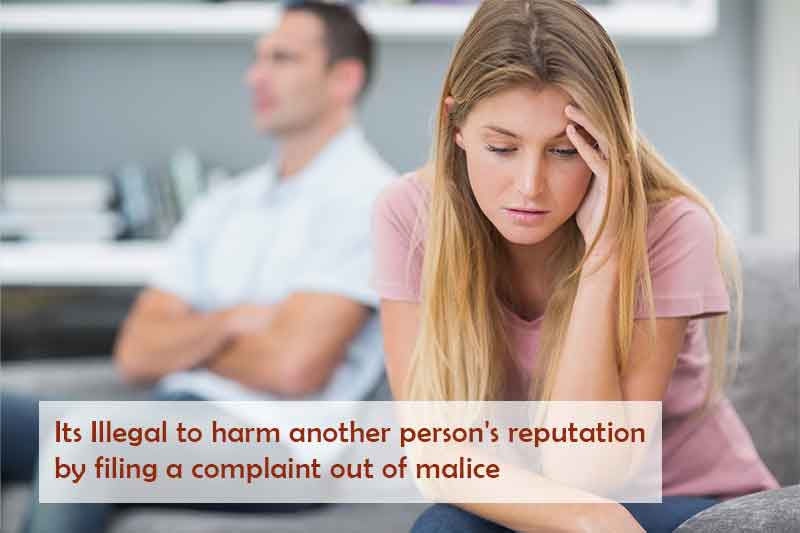 Filing a Wrong Police Complaint or False Accusations in the UAE

While filing wrong or false complaints with the police generally falls under false accusations, other forms of false accusations do not necessarily involve filing a fake police report. For instance, an individual can make false allegations in public or online to harm another’s reputation.

Like false complaints, these forms of false accusation are illegal in the UAE, with the courts primarily prosecuting them as defamation under UAE Penal Code. However, there are also some instances where it is hard for authorities to determine whether allegations are true or false. The law describes such allegations as unsubstantiated or unfounded and is different from false allegations.

However, accusations or allegations the law determines as false falls into three categories, including:

Legal Consequences of Filing a False Complaint in the UAE

Regardless of an individual’s reasons for filing a wrong or false police complaint, one risks severe legal consequences, including imprisonment and fines. False accusation law in UAE outlines some punishments or charges for false complaints.

While the UAE encourages its citizens to report any crimes they witness to the relevant authorities; it severely punishes anyone who deliberately files a wrong or false complaint. Generally, the UAE Federal Penal Code insists on criminal prosecutions based on certainty and not on speculation. With the potential of penalizing an innocent person, misleading the police, and wasting state resources, filing a wrong or false complaint in the UAE is a serious crime. Unless an individual can prove they did not deliberately make the false complaint, they risk conviction.

A false accusation is a serious crime in UAE. It can lead to years of imprisonment and deportation. If you are facing a false accusation in Dubai or any other emirate, immediately seek the advice of a lawyer. While a skilled criminal lawyer can help prove your innocence, you should always be cautious not to file wrong or false complaints while reporting a crime.

We provide expert advocate and legal counsel services across the UAE, including Dubai, Abu Dhabi, Ajman, Sharjah, Fujairah, RAK, and Umm al Quwain. If you are facing criminal charges in Dubai or elsewhere in the UAE, you can rely on our skilled and experienced Emirati criminal lawyers in Dubai to defend you in court.